Move over Sonam Kapoor. We have a new wedding in town. After shaking a leg, and a lot else, on ‘Prem Ratan Dhan Payo‘, filmmaker Karan Johar has announced that his close friend Neha Dhupia got married to fellow actor Angad Bedi.

Both Angad and Neha broke the news on their social media handles. Neha shared a picture of them decked up in wedding attires on Twitter along with the caption, “Best decision of my life.. today, I married my best friend. Hello there, husband!”

Angad and Neha have starred together in two films, Rangeelay in 2013 and Unglee in 2014. While Neha was last seen in Suresh Triveni’s Tumhari Sulu and Angad Bedi in Ali Abbas Zafar’s Tiger Zinda Hai last year. 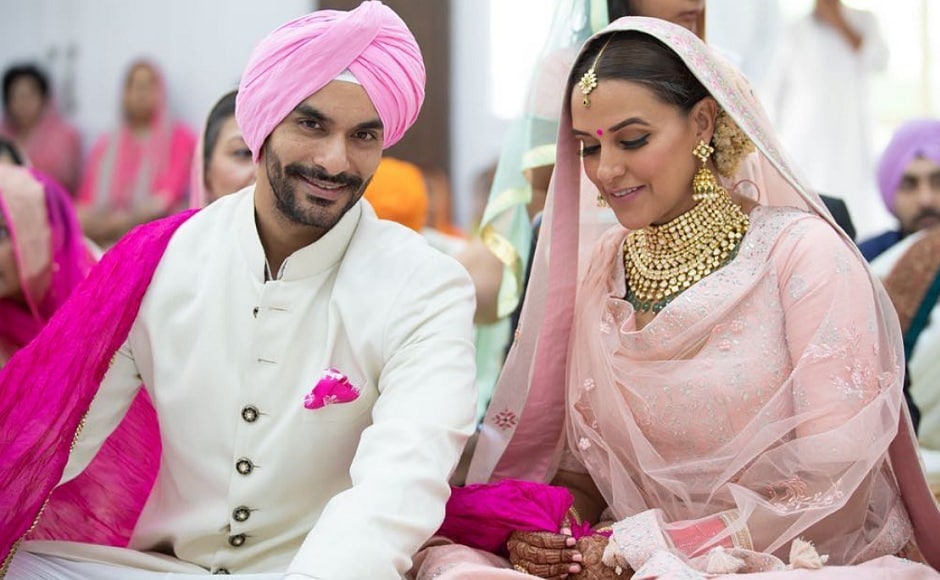 Actors Angad Bedi and Neha Dhupia announced the news of their marriage on social media on 10 May. The wedding was reportedly attended by Ajay Jadeja, Ashish Nehra and Gaurav Kapoor